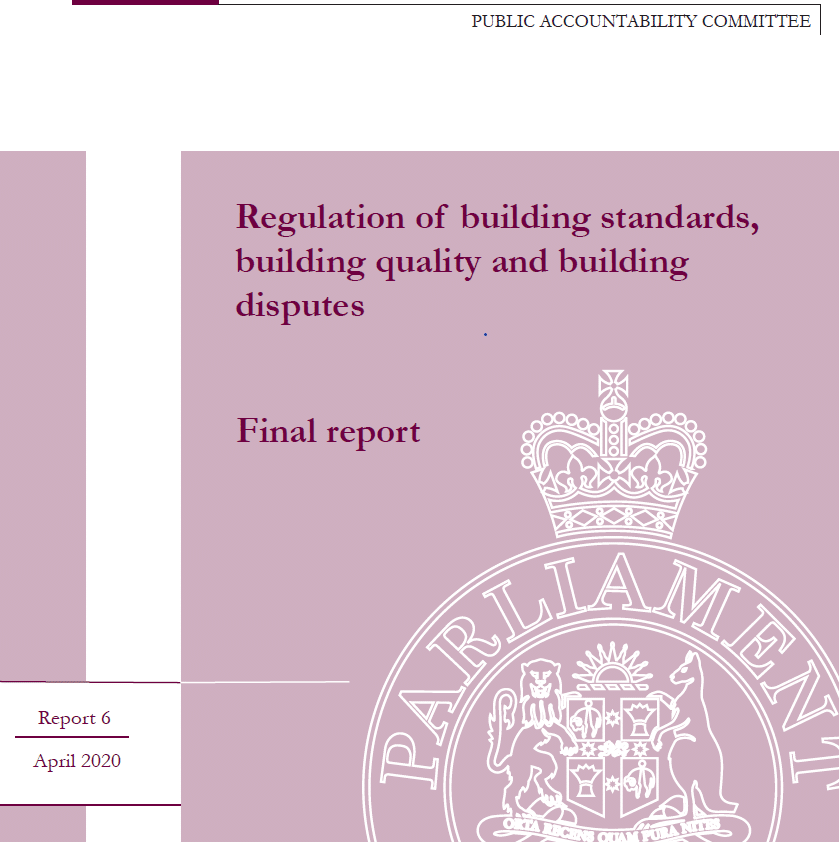 Last month the Public Authority Committee handed to the NSW Government its report entitled  Regulation of building standards, building quality and building disputes: Final report. Youc an read it by clicking here. The report was commissioned following the Opal Tower defects incident and includes by way of evidence, testimony from hearings of the Inquiry, where among experts, owners from both Macot Towers and Opal Tower provided testimony.

The report is long and deals with many complex issues relating to building defects, including two chapters dedicated entirely to combustible cladding, and another on the matter of certification. Of particular interest to us, and most strata owners would be chapter 5 of the report, entitled Role of strata committee’s in responding to defects.

Chapter 5 details testimony from strata owners who provided insight into not only the financial impact of building defects, but the emotional toll. For years it seems the human toll of building defects has been ignored. The strain of not being able to live in your new home, or the reality of facing  unaffordable repair bills in the ten of thousands, and/or needing to sell at a loss. It causes pain, stress and depression. This cannot be overstated. It is hoped that the clearly described, devasting impacts on human existence will move the Government into action.

Chapter 5 also discusses the issue of Strata Managers appointed by developers. Submissions were made in relation to the incentive strata managers have to ‘not deal with defects’ in the interest of maintaining the relationship with developers. We believe there is a clear conflict of interest here, and More Than Strata does not work with developers. We took this decision knowing fully this would slow the growth of our business but it was the right, ethical thing to do. It seems that many owners, and the Owners Corporation Network itself supports this view.

The report makes 22 recommendations for Government consideration, including the appointment of a strata commissioner, financial assistance for owners in buildings with major defects and a better process for dispute resolution through the Tribunal.

The Government has six months to respond to the report. We’ll keep you up to date as we continue to work in the interest of strata lot owners, and not developers or builders.

More Than Strata © 2020 All rights reserved

Scroll back to top